WYSS 2020 has successfully concluded, while there are still challenges ahead. In his message to participants of WYSS, UN Secretary-General Ant®ģnio Guterres expressed his expectation for their active engagement in the fight against climate change with their peers. In his message, Guterres indicated that the declaration adopted by WYSS is an important expression of support for the role of science in advancing human well-being and in overcoming COVID-19 pandemic. He also expressed his thanks to participants of WYSS for their contribution to a more inclusive, equitable, sustainable and peaceful future.

"Like you, I believe that innovation, multilateralism and an entrepreneurial spirit will be crucial in addressing the global challenges of today and achieving the Sustainable Development Goals ®C from fighting extreme poverty to advancing climate action." said Guterres in his message. Guterres believed that as we strive to overcome the pandemic and for a better recovery, we should also recognize it as "a wake-up call". According to Guterres, he is promoting the global coalition to achieve carbon neutrality in the middle of the century, and the Youth Advisory Group on Climate Change is established to amplify the voice of the young people. He counts on the active engagement of the participants and their peers.

Guterres pointed out that, in present knowledge-based economy, it is more crucial than ever to ensure that young people develop technological and scientific skills as well as digital literacy. He expressed his particular concerns about gender gaps and regional disparities in these areas, and he counted on young people to address this challenge and advocate for gender equality and the empowerment of women and girls in all scientific fields. 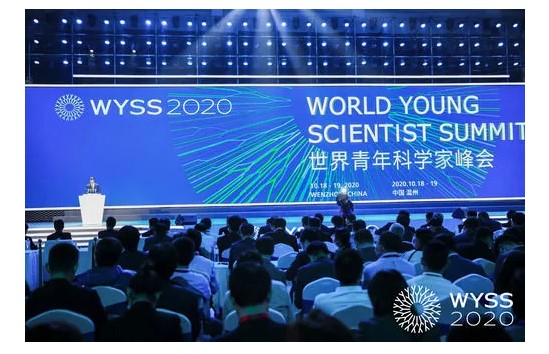 WYSS 2020 was held in Wenzhou, Zhejiang province on October 18. It is the second WYSS since it was launched last year. Under the theme of "Converging the World Talent for a Better Future", the WYSS 2020 was co-organized by China Association for Science and Technology and The People's Government of Zhejiang Province. Scientists, entrepreneurs, venture capitalists and artists from more than 100 national, regional and international science and technology organizations attended the event, 70% of which are young scientists under age 45.