In October 2019, the first World Young Scientist Summit was successfully held in Wenzhou. More than 800 guests from 85 countries and regions around the world, including Nobel Prize winners, overseas academicians, representatives of young scientists and leaders of international science and technology organization, attended the summit to talk about scientific and technological innovation and the social responsibility of young scientists.

In 2020 New Year's address, UN Secretary General Antonio Guterres said: youth is the hope of the world today. The world needs a younger generation. You should speak up, keep your ideals, break the confines, and move forward, I am encouraged by your passion and determination. You seek to play the right role in shaping the future. I support you, the United Nations supports you, and belongs to you.

At present, the global spread of the COVID-19 epidemic has brought great challenges to the world. Great changes are taking place in the world public health system, the international order, and the world pattern. Youth, as the future of the country and the world, needs to share ideas and contribute wisdom to promoting the building of a community of shared future for mankind and creating a better future for human development. In order to better implement UN SDGs 2030, build a better platform for international cooperation in innovation and technology, and serve local scientific and technological development and industrial upgrading, the "International Symposium of Resilient City" is specially proposed in the the framework of the "World Young Scientist Summit 2020".

Adjust Measures to Local-Geo Conditions, A New Direction of the World Resilient Cities

The People's Government of Zhejiang Province

Zhejiang Association for Science and Technology

Wenzhou Association for Science and Technology

The meeting will be held online and offline at the same time, and foreign experts will mainly participate online.

The United Nations world urban campaign led by the Secretary General of the United Nations, is coordinated globally by United Nations Human Settlements Programme. The goal of this campaign is to give priority to urban sustainable development and raise the awareness of sustainable development of urban stakeholders. Since the 21st century, great changes have taken place in the world economy, society and environmental protection. In the process of urbanization, both developed and developing countries will face severe urban environmental problems. People have put forward higher requirements for urban safety and the environmental quality of human settlements. In response to global emergencies, how to better and sustainable development of cities, surface cities and underground space to provide more coordinated services for the urban population, has become our urgent content to discuss, as well as a new direction for urban development.

Dialogue on resilient cities between Europe and Asia: new opportunities and cooperation to face the challenges

Nowadays, about 4 billion people live in urban areas. By 2050, this number will increase to 6 billion. City is the hub of employment, technology and economic development. More than 80% of global GDP is generated in urban areas. City is also the source of most greenhouse gas emissions and the place of energy consumption. City is also the residence of most of the world's refugees, the hardest-hit areas of natural disasters and the focus of social unrest and conflicts. It is clear that the success of sustainable development efforts will be known at the city.

In this special session, we hope to jointly explore cooperation in smart cities, underground space, urban environment and other fields through dialogue between Europe and Asia. The topics are set as follows:

○ Comparison and cooperation of smart cities between Europe and Asia

○ Transformation and development on the underground space in Europe & Asia

As an important supplement of urban space resources, mega-city underground space alleviates the practical problems such as the shortage of land and the deterioration of human settlements, and is one of the important ways to improve urban resilience.

In order to enhance the ability of prevention and control of natural disasters in mega-cities, it is necessary to take planning as the guide, finely evaluate underground space resources, solve the key problems of safe and sustainable development and utilization of underground space, improve the pattern of urban space, and establish livable, convenient, ecological and green concepts to provide an effective basis for urban toughness planning.

At the same time, focusing on the key scientific and technical solution in smart city, urban underground space exploration and safe utilization, new detection and data processing methods such as active / passive source combination, distributed optical fiber and artificial intelligence are developed. exchange the latest progress in the exploration and development of underground resources, environmental assessment, space utilization, risk investigation, disaster reduction and prevention in smart cities, so as to create a resilient urban development environment, the session topics are set as follows:

○ Research progress on the improvement of urban resilience by underground space

High-level expert consultation for the Blue Book on the High-quality Development of Integrated Underground Space in the Yangtze River Delta.

For registration, please log in and enter “Dialogue with the Future”, then the special topic of "Resilient City" section.

Please scan the QR code or log in to register

Scan the QR code to open or share with friend 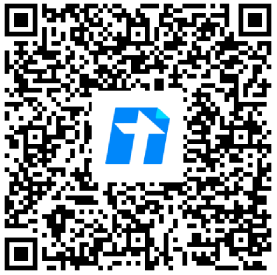 Invitation of experts, agenda of the meeting: